Duct Tape Can Repair Everything

It's a wide known fact that you can use duct tape to solve every problem in the world (failing that WD40 is the next solution). Today's repairs were done to a favourite pair of shoes of mine which recently broke.
As you can see from these next pics the shoes look quite fine and there was only a tiny rip to the edge on one of them. No where near enough damage to throw them out!! 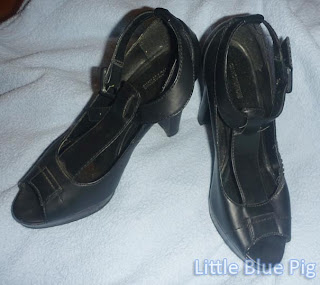 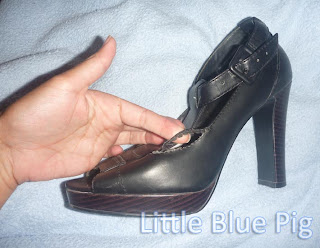 DUCT TAPE IS THE SOLUTION! 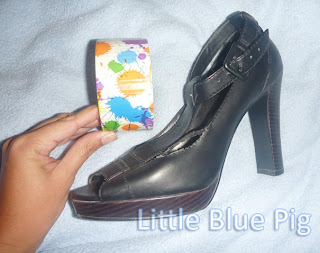 I began by reenforcing the edges, especially since that is were the tear first happened. 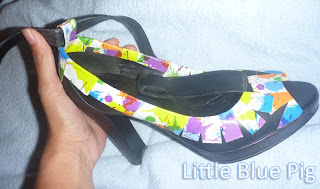 After a lot of sticking (and cleaning of the scissors so they would still cut) my shoes have been revamped and looking rather spiffy if you ask me. ;) 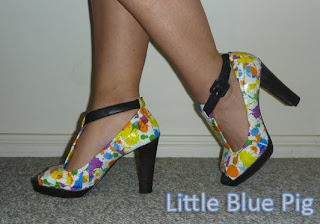 .
Since I was sent two types of tape from my awesome pal I was able to dig up another pair of old shoes and give them some new life.

Me thinks now that I need to get a few other patterns of tape...This could be dangerous...

Valentines Day has come and gone. Mine was spent walking around Melbourne with incredibly sore feet. Not the most romantic of situations but we were on holiday so it was good enough for me!
Before I left for my little trip away I had joined a cute little secret valentine swap with my pals at the LXC. We all got given partners but no one knew who was sending a secret valentine to them. I was terrible and sent mine out late (so much so that I had to send it while away). It however reached it's destination faster then anything I have sent overseas has so I was happy. :D

I hadn't made a pop up card in a quite some time so I had to bring out my trusty old book about pop ups my dad bought for me when I was younger. Here was the result!

I made a bad spelling error as I generally do when doing fancy writing and missed out a letter in the word Valentine inside the card. Luckily my genius thinking thought up a good way to disguise this mistake hehe.
Posted by Rhibi at 5:49 PM No comments:

If you have ever tried to draw a pixelated sprite with a palette of a few colours and limited size you will learn it is not as easy as it looks.  I have always been a fan of sprite art, the ability to make complex images from a few squares is quite ingenious. Which is exactly why I have made these awesome little dudes into some new jewelry for my shop. With the help of the printable shrink plastic I got from my pal in the US I was able to create some cuties. I have claimed some pokemon bobby pins for myself ;) Finishing them off with a resin coating really made them shine too. I am quite happy with their outcome. :D 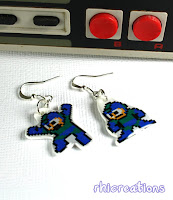 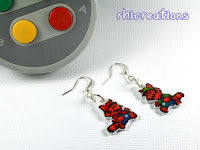 I also had a lot of fun taking the photos to these playing with some controller/cartridge concepts. These are real controllers that I own ;) The sonic's are also on an old pixel painting I did of a sonic 2 sprite that had been hanging on our lounge room wall. It Actually turned out to be my fav one in the end.

You can check these (and more designs) out on my facebook page (they aren't in my zibbet shop or anything else for that matter yet *sigh*).

Poor little blog never getting updated. I was doing good at one stage there. It's been 5 months since my last post. A lot had happened since then.

To make up for it I shall spam this post with a few piccys of things I have made recently.


I want to keep this more up to date then I do. Maybe this year I can start again.
Posted by Rhibi at 5:24 AM 2 comments:

I have recently made a few purchases from some lovely online shops and now that they have arrived I can show them off! (Ok so they arrived a couple of weeks ago now but I've only just got around to taking a photo :P)

My first item was purchased from the lovely Barbara La Bosco. She runs the cute little shop "All About the Buttons" found here on zibbet at http://www.zibbet.com/allaboutthebuttons or you can find her on facebook here. When Barbara uploaded these adorable fingerless gloves I immediately fell in love with the colours! She was able to whip me up my own pair in just a couple of days. I only wish the cold lasted longer here so I could use them more!

Next comes my purchase from Kumacrafts. They can be found on etsy here http://www.etsy.com/shop/kumacrafts or on facebook here. I purchased a heartsy voucher as soon as I saw that kumacrafts were selected to be one of the featured shops (I even stayed up till 1am to make sure I got one). While I probably could have bought out their whole store and overloaded myself with cuteness however my bank balance sadly disagreed with this :P I was quite fond of their lasercut acrylic designs and the red panda won me over instantly, red pandas are cool. I love the kawaii designs of Kuma and you can see they put a lot of effort into each piece. 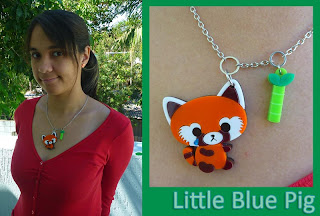 Needless to say I am very pleased with the items and service from both stores. So I advise anyone to go check them out!
Posted by Rhibi at 9:18 PM 2 comments:

I finished a game.

Well what did I do on the weekend... admittedly not much haha. For the past few weeks I have been chipping away at this game, Eschalon book 1 to be exact. I had picked it up in the Steam midyear sales after I saw Nick fire the game up when he bought it.

I was immediately drawn to it's old school look and feel. I am a sucker for these old grid/turn based RPGs, so if you are a fan of the old Ultima or Might and Magic then you will like this (Although I have never played either of them haha). 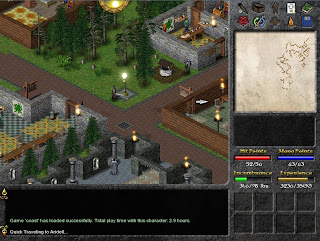 That game stared out ridiculously hard as I had a hell of a time trying to kill anything without having to sleep for a few days to recover. This is when saving is your friend. I died and reloaded A LOT in this game.  So much so that I almost gave up on it. However I ended up having a day at home when I didn't really want to do anything, so I sat down and ended up playing pretty much day till night... Needless to say by the end I was pretty tough and end boss didn't really pose as much of a threat (I did still die a couple of times) as the tiny lizards at the beginning of the game haha. According to my steam play time I sunk about 29hours into it, which is a pretty good length for a little indie rpg I thought.

The game had some real annoying features (Oh man did the character walk too slow - I think this is fixed a bit in the next one) it was still rewarding. So I did utilise a bit of a cheat in the game's programming to help me along the way but that's ok because I may have given up on it otherwise. While the story wasn't deep it had enough in it to keep me going. I won't go into much detail about the game as such if you have ever played this type of game you know what to expect.

While games are becoming more flashy and fancy it's nice to know that there are still people out there who appreciate the old :) I am looking forward to picking up book 2 next sale and book 3 once it is finished. In the mean time if you are interested check out Basilisk Games http://basiliskgames.com/ and pick up a demo :)

I am loving the indie game scene at the moment and the creativity of some people is amazing. My next game to finish is Limbo an awesome looking side scrolling platformer, more on that when I'm actually finished.though. ;)
Posted by Rhibi at 7:23 PM No comments:

The evolution of a Market Stall

I was sifting through a bunch of photos I took on the weekend of a Community Fair market I attended and was admiring my little stall. So I went through a few of the other photos I have of my stall which I have taken over the past 6 months. What a sight to see! I have come a long way since my little square table I first used.

So I compiled all the shots I could find of my table's progression so you can see. You might need to click on it to see it better.

Rhibi
I live in my own little world most of the time oblivious to my outer surroundings. I love making the images in my head a reality whether they be some kind of painting, piece of jewelery, or some other random project I have thought up. I collect retro video games and consoles. While I wouldn't call myself a hardcore gamer I still like to indulge in a bit of gaming action every now and again. 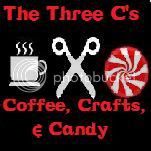